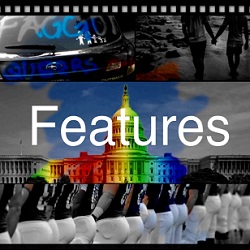 So, Empire’s season finale was this past week.  And if you’ve got an eye for good booty, you already know where we’re going with this.  If not, we’re here to help and give you another peek at Trai Byers’ plump behind.  Trai Byers plays Andre Lyon on the hit TV show Empire. The highly educated and most business minded of the three brothers.  And we’ve gotten peeks of it before, but the shots of Trai’s cakes on Empire’s season finale had social media going crazy.

I can’t watch any scenes with André in it without wanting to play with his butt.

We agree, as did so many others on Twitter:

Andre, Andre, Andre… You need some different pants with all that butt???? boy got moe cake than cookie! #Empire ? https://t.co/w3EkblYZmu

So aside from getting to see that booty,

Our boy, Jamal came home from the hospital after his near fatal bullet wound. We got to see him spend a short time with his love interest/producer D Major.  (Their Original Trist :  HERE).  Not sure where this will end up next season.

But I was a bit shocked that Jamal would still want to be around D Major after being dissed by him in front of Luscious.  True, a DL relationship can be like that, but having to diss the man you want to be with is some bullshit.  More on that HERE.

So even though we didn’t get any man on man action in the season finale from Jamal, we got a hell of a good treat from Andre.

Until next season, Andre…We’ll be waiting… 2 thoughts on “Andre’s Butt And The Empire Season Finale”