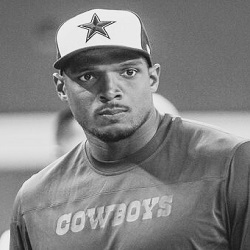 It’s been a tough year for Michael Sam, the first openly gay player to be drafted by the NFL.

After being drafted…and Cut…from the NFL, Sam joined the Canadian Football League (CFL).  But recently, he left the game completely.  In a twitter statement, he revealed that he took a step away from the game “for the sake of his mental health.”

Do you think his “Coming Out” got in the way of his career in football?  Check Out the Poll And Vote!