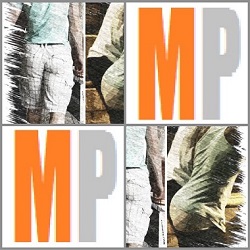 A recent episode of MTV’s True Life featured straight men who have sex with other men.  I was really surprised  when I saw one of our favorite phatties, Forrest aka Anthonie (as he’s referred to in the episode).  Having seen damn near every scene he’s done, I was a bit shocked to hear him say he has a girlfriend. I just assumed that he was gay since he’s such a damn good bottom. And that Phat ASS!  I had No Damn Idea.

Forrest takes it raw and is often breeded nicely in that phat butt.  Can a totally straight man do that? Or Is The Pay Just WORTH IT ALL?

I wont dare knock anyone’s hustle. And I am thankful that he does what he does. It’s good for fantasy if nothing else. lol

You’ve probably seen him in action before since you follow this blog.  But if you haven’t…Check out one of his “Emmy worthy” performances below…

He sits that phat ass on dick around 2:50.  Starts Taking it like a champ around 3:10 (Nice Shots of that Ass Here)

One thought on “Gay For Pay Poll/Article”